We need more women in tech. The statistics don’t lie; each year we read about how female entrepreneurs or software engineers have issues with breaking the glass ceiling. There are reports, initiatives and groups. At Tango, we have a Slack channel for the women in our team to discuss the change we’d like to see and when having this conversation, we asked ourselves: what can we do?

While our culture has always been incredibly inviting we took an honest inventory and decided to start making some intentional changes. Simply put – we looked around the table, saw there were some folks missing and we’re dedicated to not only changing that, but to the education around why this happens globally. Our first external initiative to start the conversation was the launch of “Women for Women in Tech”, a series of talks hosted by our team on the last Thursday of every month, to have a dialogue with female founders, entrepreneurs and tech professionals and reflect on their journey, while learning how we can all contribute to a more diverse and inclusive environment.

For our first talk, we spoke to two amazing female founders on why support and education matter: Michelle Kwok and Tonya Stalnaker-Tiggett.

Michelle was a medical science student with no prior traditional business experience; her career path took a turn when she decided to change her degree to a BSc, finishing early and joining a startup accelerator. This led to FLIK (Female Laboratory of Innovative Knowledge), with a mission to connect and empower women through meaningful apprenticeship. Since its launch in January 2020, FLIK has partnered with international organizations and matched 2000+ women founders/leaders and apprentices in 57+ countries. Michelle also wrote an article featured on Forbes, about why 2021 will be a pivotal year for women of color founders.

“It is more important than ever that a lot of women, especially women of color have role models in this space, that resonate with our identity. Unfortunately, the entrepreneurial network is not built to support us”, she said during our talk. “In the US, less than five percent of VC leaders are female. So all the people that are making the decisions about women businesses are male and typically white. That isn’t to say they aren’t allies, but they haven’t had the experiences that a lot of women have and don’t understand why it’s important to invest in femtech, for example”

FLIK’s survey of female founders for their 2020 Q4 report found that 72% of early stage startups could not meet their fundraising needs in 2020. COVID-19, a VC network system that was built decades ago and a lack of resources have deeply affected women entrepreneurs and their journey.

“That’s happened to us too, when we’re talking to investors, a lot of them say that the target market is too small, because there aren’t enough female founders out there, but there are a lot of female founders, the issue is they don’t get the funding”

So, how is FLIK changing the game?

“We are providing a space for female founders and apprentices that want to build or transition in their careers to connect. Beyond that, we’ve partnered with companies to offer over 300,00 dollars in startup perks, from vendors like Airtable, Canva, Stripe; anything you might need as a founder. For students we’re building resource hubs with templates for cover letters and teaching the basics of digital marketing and finance”

“You see? Women give more back to their community!”, our next speaker points out. Tonya describes her career as a “circuitous path”. Her love for communication and languages was what led her to become a Spanish teacher; she taught kindergarten all the way through college level.

“As much as I loved developing people and seeing them communicate and have meaningful interactions, I wanted to do that in the real world so I started seeking out careers in corporate America”.

What planted the seed for her current business, Tiggett and Co., was an invitation to collaborate on a women’s leadership class.

“I was surprised to see women who outranked me asking questions about promotions, strategy and networking. Now I work with women on a global basis, to strategically manage their career conversations, to be heard, to be seen and leverage their relationships. Women can enter any area, that’s great; getting that first promotion is really tough, and it’s getting to that second promotion where the wheels start coming off the bus, so to speak”

With a company that operates globally, Tonya has been able to teach people from all over the world, and while cultures may vary, there are certainly some consistencies in how women are viewed in the business world.

“I can tell you the attitudes, best practices and blind spots are almost identical globally. And that’s a shared comfort, that we’re in this together, but it’s also dismaying in the sense that we have to move more women up and forward”

“One of the biggest things we can do is shift our mindset. I agree that the system needs to change, but we also need to push beyond the fear of being perceived as bossy or too driven”

If this is something that interests you, dear reader, we’ve got great news! Tonya recommends reading Mindset: The New Psychology of Success by Carol S. Dweck. According to this book, a fixed mindset means not stopping until you reach perfection; it’s winning at all costs. Comparably, the growth mindset is about the journey, the effort and how much you’re learning while trying.

“It’s so easy to just beat ourselves up and then get stuck instead of just owning it. If someone calls you bossy, just say ‘and what’s your point?’ – people don’t expect it, but it comes from a place of empowerment”

“It also goes back to what Michelle was saying, if you have a vision and a direction, that passion and grit will come through” 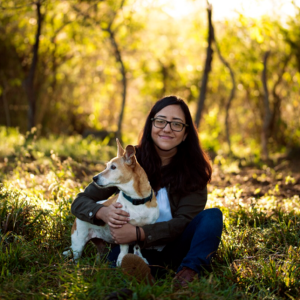