Working as a QA at Tango has definitely been amazing in general terms, but I haven’t always been a QA. I was actually hired as a Scrum Master!

I spent my first 2 years in the company managing teams; I would go from facilitating meetings to informing clients about the status of their product, passing through impediment removal and everything in between. Every now and then, part of removing impediments was running tests on the product I was working on at the moment; little did I know, I (unconsciously) started switching positions.

At first, I would run tests on the project I was assigned to; since our client was also the person in charge of accepting tickets, but he did not have much time for testing, he asked me to run the tests so that tickets would be accepted and the process would be finished, sending the features to production.

After that, I was requested to execute tests on a product I was not working on. Back then, I was in charge of managing 3 projects, and I would also allocate a couple hours per week for running tests on the other product. Shortly after that, I realized I was not able to fully perform as a Scrum Master because tests started to occupy more and more of my time! One day, the head of project management handed off those 3 projects to other managers, and I was officially promoted to QA Engineer!

Since I had already been executing tests on a few products, and the company was about to start offering testing to our clients, we needed people. I was then requested to help create the profile for hiring a tester. As we were working on the creation of the QA Engineer profile, I was asked whether I would like to stop performing as a Scrum Master and start working full time as a tester.

The offer was rather interesting, quite challenging as well, but I certainly found it motivating for my growth, and so I started my career-change journey within Tango.

As previously mentioned, the projects I was managing were handed off to other Scrum Masters and I was assigned, full-time, to a project where the client was requesting a tester. Ever since I started working on that first project on the testing side, I continued to learn testing-related matters in order to continue growing in that area. I had the opportunity to start working with a consultant, so the career path was clear; something really nice was that I had both lessons (with the consultant) and a real project to put my knowledge into practice.

After having executed manual tests, it was my time to take up automation testing in order to continue growing. I knew that within the quality assurance testing methodology, both manual testing and automated testing should be used, so that was my motivation to learn. I started learning about Appium, RSpec, Ruby and Selenium, and off I went on my new adventure, testing an application on both Android and iOS by using the technologies aforementioned.

Seeing the application ‘working by itself‘ was amazing, knowing I had coded what was happening on the screen was as satisfying as motivating. And so there I was, performing full-time as a QA Engineer, going from one project to another.

I was definitely lucky enough to have been in a company where we are all encouraged to geek out and drive ourselves by what we enjoy doing, so thanks to that, I never doubted I could forget about being a Scrum Master to start pursuing a new career path. At the same time, I always had the support I needed, depending on the circumstances at the moment.

As I found a safe place for growing, I focused on learning and applying my knowledge on the projects I was working on, always paying close attention to delivering the highest quality to our clients so that their clients get the best experience as they use the products we develop. 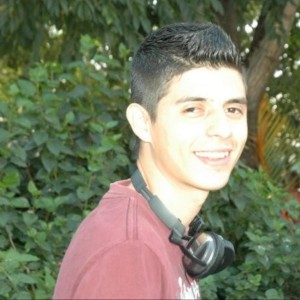